Role of TRPs & GRPs in Television Ads in India

Although the world has come a long way in going digital, Television advertising still plays a significant role when it comes to marketing products and services. However, unlike digital advertising, you will have to spend quite a bit if you want to run your advertisements on the television.

When you are spending thousands on running your television advertisements, you would also want to increase their effectiveness. This is where it becomes important to consider the TRPs and GRPs. Let us take a look at what these things are and how they work.

TRP or Television Rating Point refers to a percentage of audience that views a certain television program or watches television during a certain time slot. TRP is calculated in two different ways – the diary method and the peoplemeter system. In the Diary method, only a simple headcount is considered while calculating the TRP of a certain program. For instance, if 10 people watch a certain program that runs on television for 30 minutes, the TRP of that program would be taken as 10, irrespective of the time that they spend watching the program. 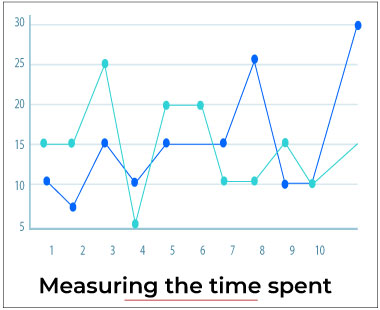 The Peoplemeter system calculates TRP by measuring the time spent in watching the television program. In short it goes by the time slot. Let us consider 10 people who have watched a certain TV program that runs for 30 minutes, in the following way:

The TRP as per the peoplemeter system would be calculated as :

Of the two methods, the people meter system seems to be a better way of calculating the TRP since it clearly takes into account, the quality of viewership. The main purpose of identifying the TRPs of different Television programs is to find out which is the most-viewed TV program. This can help advertisers in choosing the right channels and time-slots for running their ads so as to maximize their visibility on television. Once you have aired your advertisements, you will also want to know if all those efforts were worth the money. This is where GRPs can help. for eg: TRP = ((10/30 + 5/30 + 6/30 + 24/30)*100)/10 = 15

GRPs refer to Gross Rating Points that determine how many people actually saw your ads. It is calculated by multiplying the reach of your ad with its frequency. For instance, let us say you are advertising a new product and you are targeting women between 18 and 49 years of age. Now, let us say 40% of this group watches a TV program called ‘Ye Hain Mohabbatein’ that is aired on Star Plus between 7:30 and 8:30 PM. During this time slot you may have run your advertisement 3 times. So your GRP would be: GRP = 40 x 3 = 120

Rather than the number of people watching the ads, GRP calculates the number of impressions an ad creates. It is therefore one of the major metrics used to plan and measure media planning. As an advertiser it is very important that you make your decisions keeping such metrics in mind. When it comes to television advertising, TRP can help in planning your advertising campaigns. Nevertheless, it is GRP that will let you know the effectiveness of such media planning.

TRP measures the impact on the target audience while GRP denotes the total audience. For example, if you buy 100 GRP’s for a television spot, but you are aware that only 50% of that audience is actually your target audience, then you would consider your TRP as 50 to calculate your net effective buy.

Some advantages of TRP in advertising are:

Very simply, it’s like a math equation used by media planners & buyers to determine how many people within an intended audience might have seen their ads.For instance, you wanted your ad to be seen by women between the ages of 18 & 49 and you knew that 40% of TV viewers in that demographic watched prime-time programming every Wednesday night. Since you’re advertising a new product, you decide to run three commercials between 8 & 10. The GRP would then be 120:40% of the TG reached, multiplied by the number of times the ad aired, multiplied by 100. This is just one specific example as GRPs can be calculated for total reach as well as exposure by different demographics, times of day and media markets, among other criteria.

Why Mplan Media? – We make your brand transform its vision & achieve the objectives using television advertising campaigns. Provide all-inclusive TV advertising plans, everything you need – advert, airtime & analysis. Ensure that creative and media arms are working together to achieve the best possible & sustainable routes to market your brand.