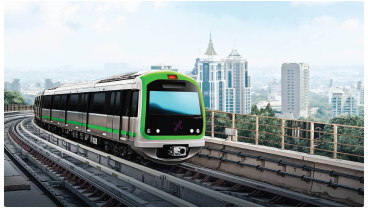 Bangalore, also known as Bengaluru, is the capital & largest city in Karnataka. Bangalore is widely regarded as the “Silicon Valley of India” because of its role as the nation’s leading information technology exporter. Bangalore is the 2nd fastest-growing major metropolis in India & is the home to many educational, research institutes and the Kannada film industry.

Why Bangalore Metro for Advertising?

Bangalore Metro, popularly known as “Namma Metro”, not only adds to the beauty of the Bengaluru skyline but immensely adds to the comfort level of travel. Bangalore Metro has been a significant contributor to the reduction of carbon emissions in the city. Bangalore Metro also offers multiple advertising opportunities for businesses to showcase their products or services through several physical & digital ad options. Advertising in Bangalore metro will help brands to reach out to the right target audience at attractive costs. With an average daily ridership of about 5.5 lakh passengers, advertising in Bangalore metro trains & their associated properties can be one of the best ROI options for your marketing campaigns. 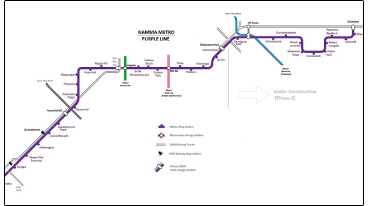 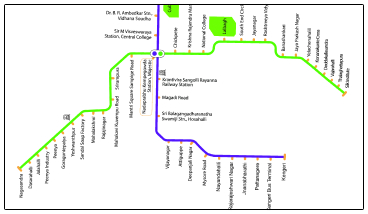 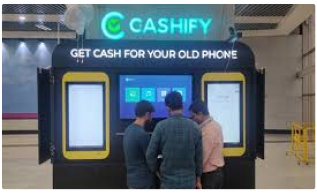 Space will be provided for setting up a kiosk in the metro station. We offer to set up the printing activity, providing promoters for the activity. 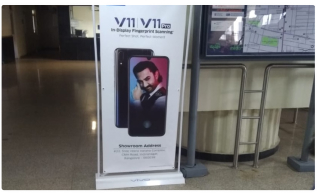 Space will be provided to place the standee in the metro station. We offer to set up the printing activity, providing promoters for the activity. 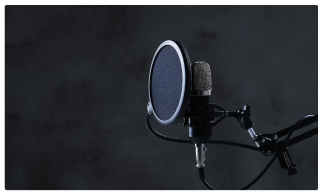 A jingle is a song or a phrase and the advertisement for a company’s jingle will be shown on the metro train while travelling. 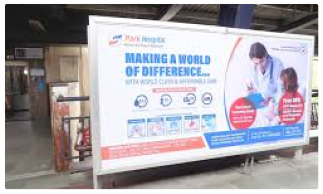 The advertisement will be displayed on a non-lit panel at the station. 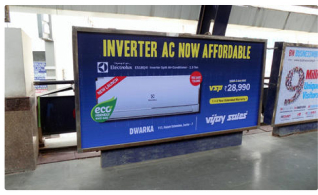 On the metro station, the brand advertisements are displayed on a digital screen in a video format. 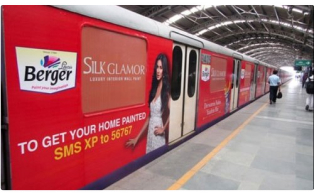 The advertisement spans the whole train, covering approximately the entire size of the train, giving a large space for ad placements 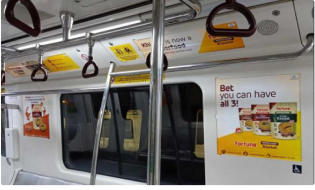 Ads are displayed on panels inside the train. 6 coaches per train & on an average 4-5 panels in each coach.

Mplan Media is a Full-service Media Planning & Advertising Agency. We have an expert team with in-depth knowledge in metro train advertising, media planning & advertising strategies. Mplan offers the largest inventory for advertising in Bangalore Metro. Get your products & services advertised in the Bangalore Metro & reach your target audience to meet your marketing objectives. Providing impeccable airport advertising solutions, we ensure to make your products/services stand out & noticeable, which helps increase the visibility, engage audiences & delivering experiences that attract, delight & retain customers to drive your business forward with metro train advertising.