India has over 1000 television channels in a variety of different languages. With the growth in the number of channels the task of both broadcasters and advertisers in retaining viewers has become increasingly difficult. They are always competing with each other as well as amongst themselves for higher rating points because on these depends the ad spend and programme scheduling.

Media planners and buyers assess the option programs offered to best accomplish their advertising goals; broadcasters assess the program or station’s popularity and how much to charge an advertiser for commercials during a program or on a given channel. In cases where the channels are funded wholly or partly by public license, ratings also provide accountability.

Keeping in mind the end goal to give a nation or a market with legitimate and reliable television audience data, specialist expertize are required. This is where BARC comes in.

BARC (Broadcast Audience Research Council) India is an industry body set up to design, commission, supervise and own an accurate, reliable and timely television audience measurement system for India. It is guided by the recommendations of the TRAI (Telecom Regulatory Authority of India) and MIB (Ministry of Information and Broadcasting).It provides an accountable framework for providing data points that are required to plan media spends more effectively.

This how BARC collects the data:

This gives content owners unprecedented visibility into when and where their content is broadcast, who has viewed it, etc.

As the watermark is part of the content, any attempt to destroy or remove it will also ruin the quality of the material in which it is embedded. This increases the integrity of the data generated by BARC India’s ratings. 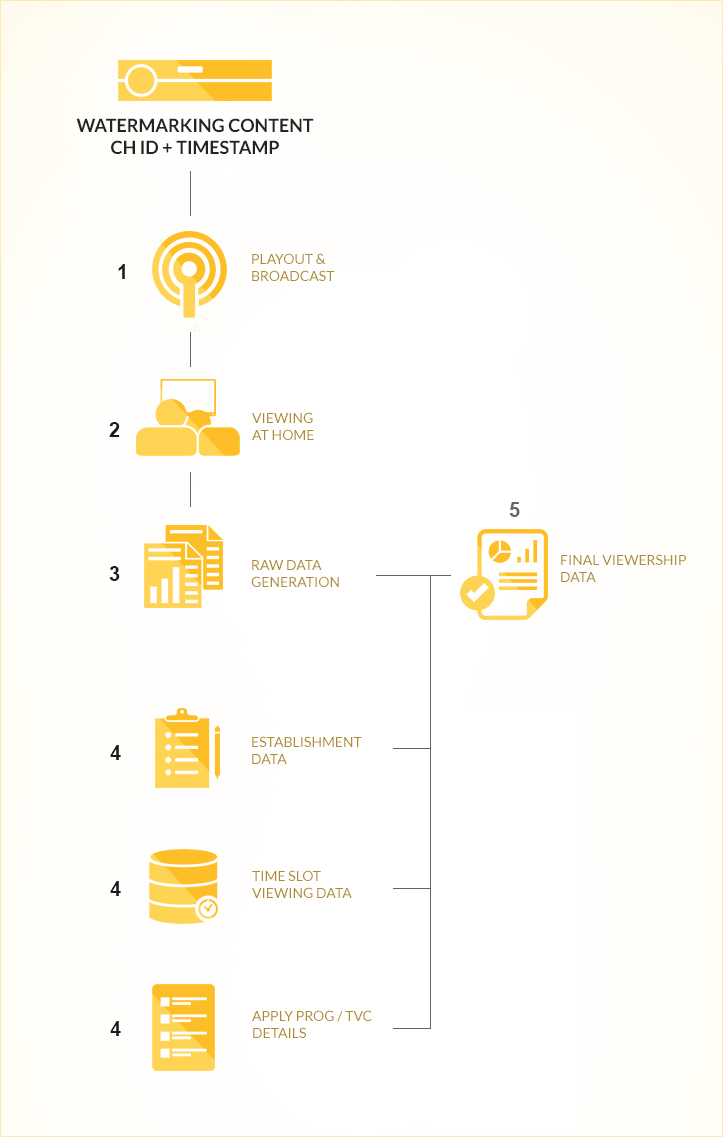 Before BARC audience measurement was done by TAM Media Research. The number of TAM ‘peoplemeters’, the boxes that collect the viewership data, were inadequate to cover the vast footprint of India. Due to this and a few other reasons BARC took over.

In the west the rating systems are far more sophisticated and in India there is still further scope of improvement in getting scientific data to improve television ratings. Hopefully with the increase in the use of technology in television medium we hope to see that BARC or any other rating agency will be more efficient and transparent in measuring the TV ratings as television is the most impactful and deep penetrated advertisers’ selling medium.